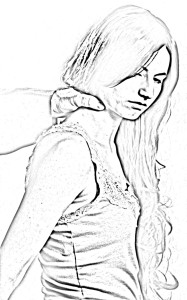 A girl in a dress that is far too short shivers in the rain trying to make a call on one of the few remaining pay phones in the city. A man strolls up behind her and grips her elbow so firmly that she will certainly have bruises. She hangs up the phone and goes with him. You see it but you don’t. It’s probably her own fault. She’s a drug addict or a runaway, it’s the life she chose, you tell yourself.

Caleb’s heart is captured by a girl that he barely knows. Broken, motherless, struggling to get along with his career Marine father, Caleb is a bundle of raw teenage emotion ready to explode. Then, he discovers that the girl of his dreams lives at the mercy of a ruthlessly dangerous man. Will he judge her, or be her salvation.

Behind the Ivy Wall is the thrilling coming of age story of a young man who sees though the deceit that these girls are responsible for their own fate and determines that he must act. Even if it costs him everything.

Look for it in book stores soon.